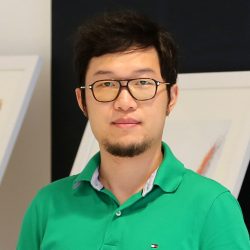 Xiong has been collaborated and organised project with TESLA, Steinway & Sons and Industrial Bank in China as well.

His book ‘Tempera Research’ has been published by Alte Brücke Verlag in Heidelberg, Germany (2011)

Alvin is also an independent curator mainly focus on curating or co-curating exhibition between New Zealand and China for helping people breaking the language and cultural boundaries in academic or public environment.