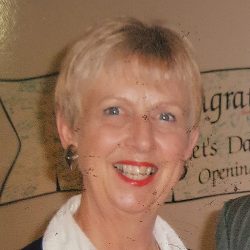 Jenny is a well known Howick Dance teacher with a huge amount of experience under her belt and we are delighted she has returned to “home territory” and is back at UXBRIDGE. With many qualifications and championship titles gained throughout the years Jenny turned to professional dancing in 1993 with the J & B Hall Studio. In 1998 Jenny established the Let’s Dance Studio (still known today) and then in 1999 she purchased and opened the permanent dance studio in Torrens Road, Pakuranga and had many successful years teaching before moving to New Plymouth.

Those who know Jenny will also know she can’t live without dancing. In New Plymouth Jenny set up a new dance studio ‘Dance Connextion’, she built this up to be a successful studio and business and then sold it to move back ‘home’. Jenny says “it is students energy, enthusiasm and support” that makes her love dance so much.